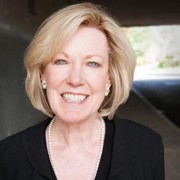 Rev. Oristaglio received a B.S. in Education from Miami University, Oxford, Ohio and did graduate coursework toward an M.A. in Psychology at John Carroll University, University Heights, Ohio. She entered Unity School of Religious Studies in 1996 and was ordained and licensed as a Unity minister in 1998. She was honored as one of only five recipients of the Unity School Merit Scholarship Award for ministerial excellence.

Before entering ministry, she served more than twenty years in the field of education as a school administrator, and as a teacher of English and public speaking. She was trained as a hospice respite volunteer and then became the Volunteer Coordinator for hospice in her community. She also has a background in music and has performed widely as a pianist and soloist. Rev. Oristaglio has two grown children and lives in Palmdale, California.