It was a cold March day 1995 in York, Pennsylvania. I had ventured out of the house for the first time in more than a month to take my son to the Mall to buy shoes. My husband Bob had died in mid-February and it took all my strength just to get through the day, let alone be with people.

As Paul and I came close to Auntie Anne’s Pretzels, he asked if we could buy some. I agreed and as we stepped up to the counter to place our order, my attention was drawn to a young woman hard at work twisting the dough into pretzels. Suddenly, she looked up and looking straight into my eyes, she smiled. Immediately I felt lighter and somehow knew that everything was going to be alright; that my children and I would get through this time and we would heal.

It was a simple thing – a smile – and yet today – 19 years later – the memory of her smile and how she made me feel that day is as clear as if it happened this morning. I don’t know her name and never saw her again, but I’ve thanked her in my Spirit many times.

The tragic consequences of tearing down others, gay and straight
What does it mean to build someone up? We all know what it feels like when someone gives us support and encouragement. It builds us up. We feel more hopeful, more capable, more believed in, more ourselves. I was struggling the day the woman at Auntie Anne’s offered me her warm smile. A small thing made a big difference.

We also know what it feels like to be criticized, belittled, or judged. It tears us down. A good example of tearing someone down is the proliferation of bullying in our schools. The statistics are alarming and tragic. According to ABC News, 160,000 kids stay home from school every day because of fear of bullying. Suicide is the third leading cause of death among young people, and a study in Britain found that at least half of suicides among young people are related to bullying.

In the LGBT community, 9 out of 10 teens have reported being bullied at school within the past year because of their sexual orientation, according to the most recent gay bullying statistics. The Suicide Prevention Resource Center estimated that between 30 and 40% of LGBT youth, depending on age and sex groups, have attempted suicide.

God is All
In Romans 14: 19 we read, “So let us do all we can to live in peace. And let us work hard to build each other up.” That’s because building each other up is God’s way. What is God? God is the Whole – the Great Love and Intelligence – the One – that is forever building up – creating and re-creating – through each of us, as each of us. This Great Whole is called the body of Christ in I Corinthians 12. It includes the entire human family without exception; all faiths, all races, all gay and straight, all genders, all. “God is not a Christian” as Nobel Peace Prize Winner Desmond Tutu wrote.

If you are an employer or a leader, you know the importance of saying encouraging words to your employees and to those you lead. If you are a parent, I hope that you know the power that you hold to build up or to tear down your children. If you’re married, you know the difference it makes to build up your spouse so that they know you believe in them.

But did you know that you can build someone up that you may not know? Do you realize that your encouraging words may be the one thing that changes someone’s life?

We live in a time where there is great need of building each other up. Perhaps you could use some encouragement right about now. We all could. But what if you and others you know began to build each other up with smiles and words of encouragement and acceptance, of acknowledgment that we are all part of the body of Christ? It would be so contagious that many others would join us.

I invite you to join me in making a conscious effort to build up and refuse to tear down, wherever you are. When you do, you’ll be building us all up, because we are One Body. That’s the way God made us. Unity in diversity.

From him the whole body, joined and held together by every supporting ligament, grows and builds itself up in love, as each part does its work. Do not let any unwholesome talk come out of your mouths, but only what is helpful for building others up according to their needs, that it may benefit those who listen.— from Ephesians 4: Unity and Maturity in the Body of Christ

Let’s Build Each Other Up! was last modified: December 11th, 2015 by Rev. Nancy Oristaglio 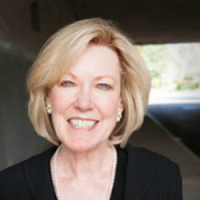